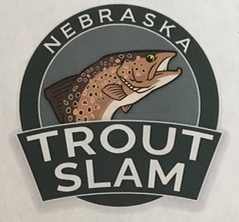 In 2018 Nebraska Game and Parks introduced the Nebraska Trout Slam, a competition to highlight trout fishing opportunities in Nebraska. Since fly fishing is one of the most effective ways to capture trout, we here at Cornhusker Fly Fishers are excited for the opportunity to teach the public about our trout and cold water streams in Nebraska, and help anglers complete the trout slam.

Have a question about completing the slam? Attend a meeting, join the club, and pick the brains of anglers already on the Trout Slam Completer’s webpage. Contact us here!

How do I complete the slam?
-All you need to do is catch each of our four trout species in Nebraska, take a picture of the fish, and then submit the picture to Nebraska Game and Parks here: https://outdoornebraska.gov/troutslamentry/
-The four species of trout needed are: Rainbow Trout, Brown Trout, Brook Trout, and Cutthroat Trout 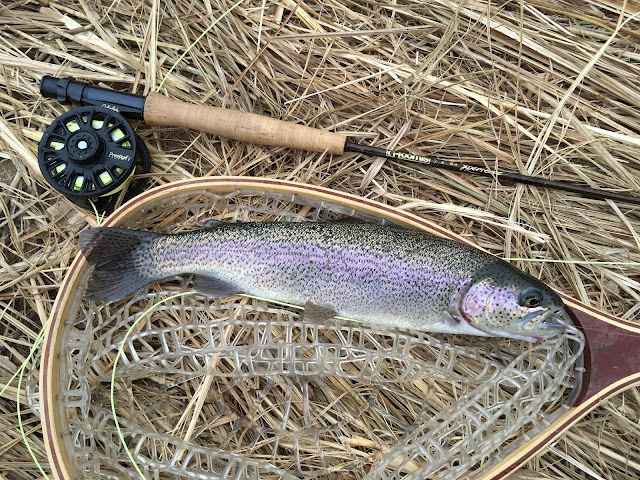 -Difficulty: Easy
-Nebraska’s most common trout, Rainbows are commonly stocked in the fall, winter, and spring in our urban fisheries as a put and take fish. Great places to find them include Standing Bear Lake in Omaha, Two Rivers State Recreation Area Trout Pond, Holmes Lake in Lincoln, and Lake Ogallala below Lake McConaughy. They are also stocked in other waters throughout the state and can be found with the Fish Stocking database linked at the bottom of this page.
-For an additional challenge, Rainbow Trout can also be captured from our moving water streams as well. East Verdigre Creek above Grove Lake, the North Platte River and the Sutherland Supply Canal below Lake Ogallala are great options for moving water rainbows. 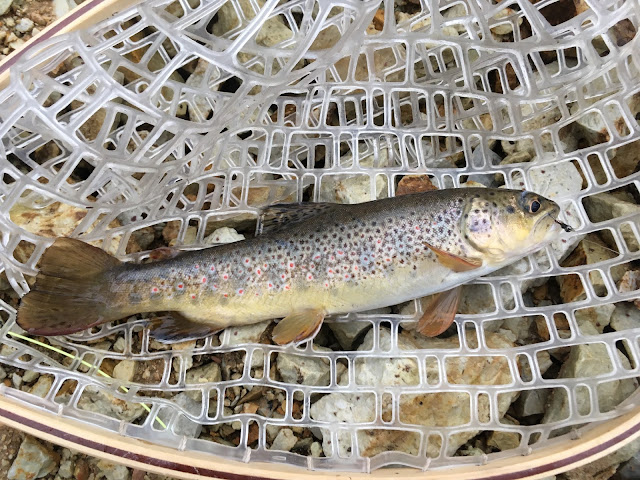 -Difficulty: Intermediate
-Brown trout are only found in cold water streams in northern and western Nebraska, making them slightly harder to come by. For Lincoln/Omaha anglers, the closest streams would be East Verdigre Creek above Grove Lake and Long Pine Creek by the city of Long Pine. In western Nebraska, the brown trout is more common being found in most of our trout supporting streams. Ninemile Creek by Scottsbluff is a good suggestion. Fort Robinson is also a great place to travel to complete the slam, with brown trout being very common in the White River and Soldier Creek flowing through park property. In Nebraska, brown trout are rarely stocked and our populations are generally self-supporting through natural reproduction, making it important to practice good stewardship of our brown trout stocks. 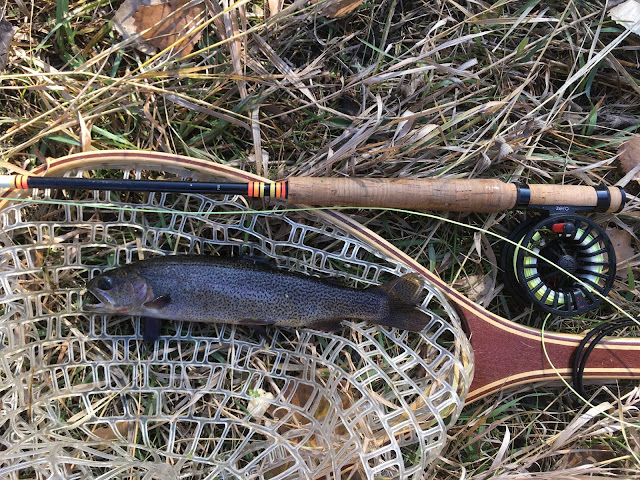 -Difficulty: Intermediate to Very Hard, depending on stocking schedules.
-Cutthroat trout are a rarer trout in Nebraska. Before the fall 2019 stockings of Cutthroat Trout, the fish was extremely rare in Nebraska; typically only found in the waters associated with Fort Robinson State Park. The stockings have made the fish more common, and great places to target the fish are the White River at Fort Robinson State Park, and Middle Soldier Creek and the Woods Reserve Ponds at Soldier Creek Wilderness area. Other fisheries in western and northern Nebraska also received some 2019 stockings, and those can be found on the Nebraska Fish Stocking Database. The more time that has passed since the last stocking makes this fish considerably more difficult to find. 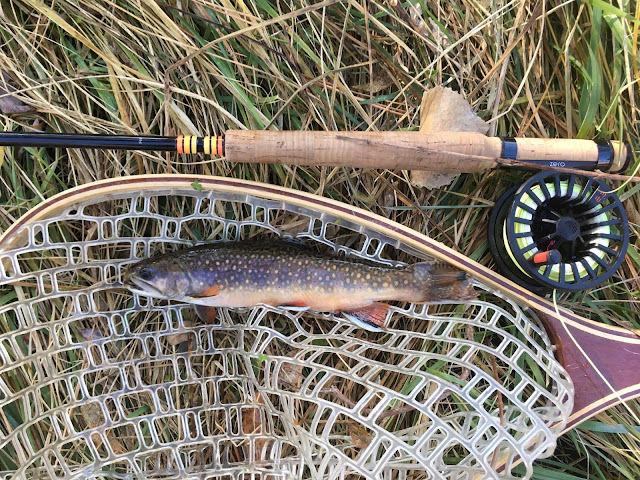 -Difficulty: Very Hard
-The brook trout is arguably the most difficult species to capture in the slam. It is only found in small creeks of Pine Ridge in the northwestern panhandle. For anglers in eastern Nebraska, this does mean a road trip to the panhandle is required to complete the slam. These small creeks are often only a couple to few feet wide with grass and trees hanging over the stream. This creates difficult casting conditions requiring accuracy and stealth to sneak up on fish. The best place to target this fish is Middle Soldier Creek followed by South Soldier Creek on the Soldier Creek Wilderness by Fort Robinson, but they can also be found in the public access sections of many other nearby creeks. Brook trout are not stocked in Nebraska, and their populations are wild and supported through natural reproduction, making it important to practice good stewardship of our brook trout stocks. While a hard fish to catch, it is not impossible and a very rewarding way to complete the slam. 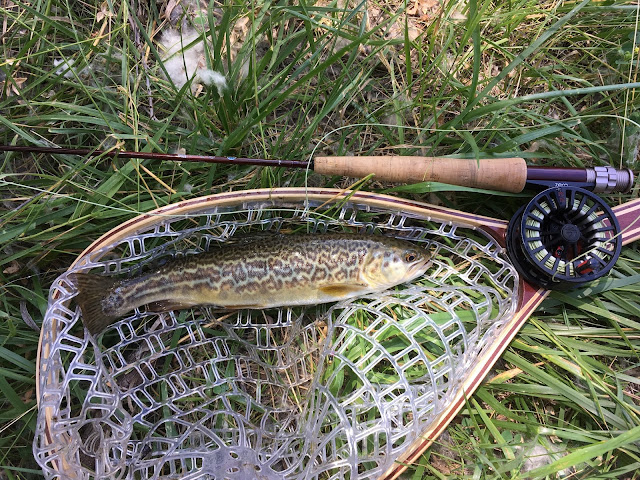 -Difficulty: Hard to Very Hard
-While not officially part of the Nebraska Trout Slam, Tiger Trout can also be found in our state. Catching one is what many Nebraska trout anglers consider the Nebraska Grand Trout Slam. This rare fish is a cross between Brook Trout and Brown Trout. Naturally occurring wild Tiger Trout are amongst the rarest trout that can be caught, occurring only in waters that hold both brown and brook trout. However, they can be raised in a hatchery setting and there were some stockings in Nebraska that made the fish slightly easier to find. Currently the best places to target Tiger Trout would be the Woods Reserve Ponds at Soldier Creek Wilderness Area, or Lake Ogallala and associated waters.

Flies:
-Still waters: Small streamers like woolly buggers are very effective. Nymphs under an indicator can also be highly successful. Common patterns like Hare’s Ear and Prince Nymphs are a good starting place.
-Moving waters: Nymphs are very productive, Prince and Hare’s Ears work well, and midge nymphs in red or black are also effective. Dry flies like the Adams, Parachute Adams, Elk Hair Caddis, and small Stimulators are great flies for when the fish will hit the surface. In late summer and early fall when the grasshoppers are flying, any hopper pattern can be perhaps the best dry fly of all.